Deepa Chopra Sharma hails from a family of musicians. She began her music education under her father, Late Sh. Vinod Kumar Chopra, a well-renowned tabla exponent and vocalist. Learning Hindustani Classical Vocal Music went hand in hand with her general academics. She acquired her bachelor’s degree in vocal music from Bhaatkhande University, Lucknow in 2001 and completed her graduation in Psychology from Jesus and Mary College, Delhi University in 2003. She then pursued her master’s degree in psychology in 2013. She has been working at Bhaatkhande Sangit Vidyalaya since 2007. Deepa went on to combine her studies in psychology with her knowledge of music and introduced Music Therapy sessions at BSV, for children with special needs. She has also trained the staff at the Vidyalaya the finer nuances of managing the music education of children with special needs. Deepa’s students range from 3 to 65 years young! Today, Deepa manages, runs ‘train the trainer’ programs and also passionately continues her first love – teaching music. 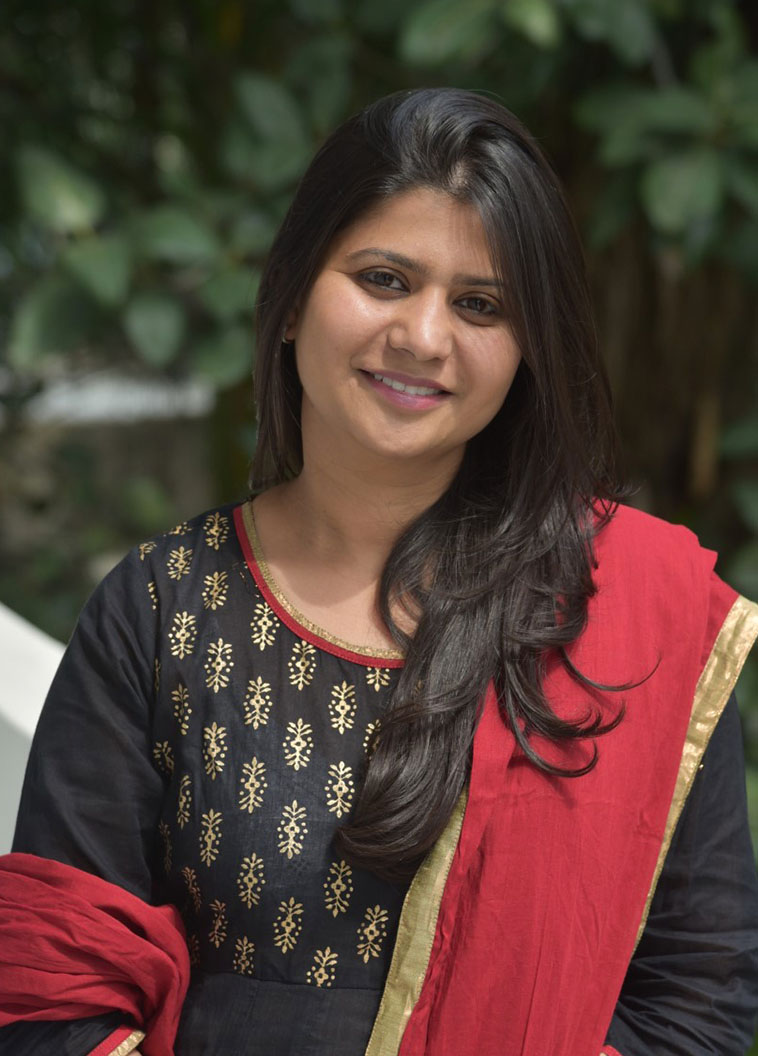 Neetu Chopra hails from a family of musicians in Delhi. She was initiated into the field of tabla by her father Guru Vinod Kumar Chopra, a world-renowned tabla artist. Learning tabla and her general academics went side by side. She acquired her bachelor’s degree in tabla from Bhaatkhande University, Lucknow in 2001 and completed her graduation from Gargi College, Delhi University in 2004, and her master’s degree in Political Science in 2011. She received scholarship for a year from Sri Satya Sai Sewa in 2002 and was a National Scholarship awardee in Tabla in the year 2006-2007 from Ministry of Culture, Government of India. Neetu is continuing her taalim in tabla under Ustad Durjay.

During her school and college days, Neetu had participated in several inter-school and inter-college competitions and won several awards. She has also performed at notable events like the World Music Day program by Delhi Aaj Tak channel; North Zone Cultural Centre Music Festival in 2006 and the Good Karma Awards by Speaking Tree – a Times of India Initiative in 2016. Neetu is an empaneled tabla artist with I.C.C.R, New Delhi since 2008. She has been teaching tabla at the Bhatnagar International School since 2008 and has been a member of the faculty at Bhaatkhande Sangit Vidyalaya Delhi since 2003. She has been a visiting faculty at various schools like the Blue Bells School, D.P.S International School and Shriram School. She has also been part of summer camps organized by NGOs like Akshay Pratishthan and Vidya. 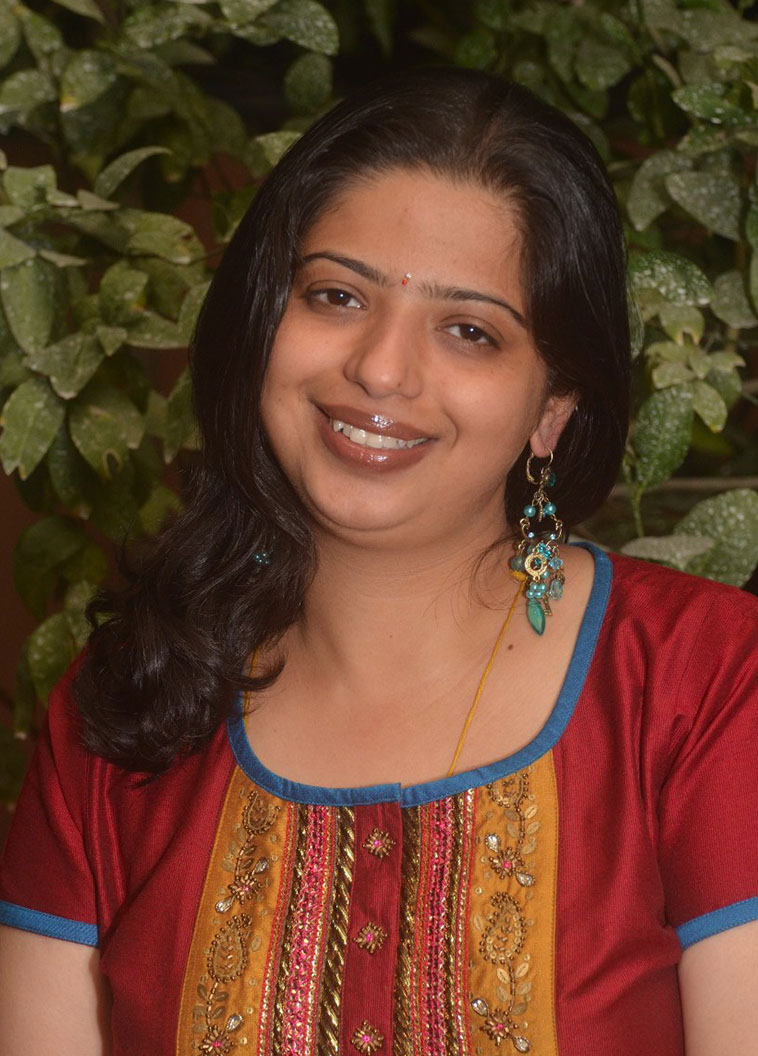 Pooja hails from a family of musicians in Delhi. Daughter of the renowned vocalist, Shri Vinod Kumar Chopra, Pooja she started learning Indian Classical Music at the age of 3 years. She received extensive training in Classical Vocal Music and Kathak for over 10 years. Pooja’s rigorous training and experience makes her a versatile musician. Pooja Gupta is also an empaneled artist with the Indian Council for Cultural Relations (ICCR). Pooja has been teaching and designing modules for Bhaatkhande Sangit Vidyalaya and various other schools and colleges in India. Even after moving to Australia, Pooja still keeps in touch with her passion. She established “RAGAS” Institute in 2008. Ragas is an off shoot of Bhaatkhande Sangit Vidyalaya, India which aims at spreading music across the globe. 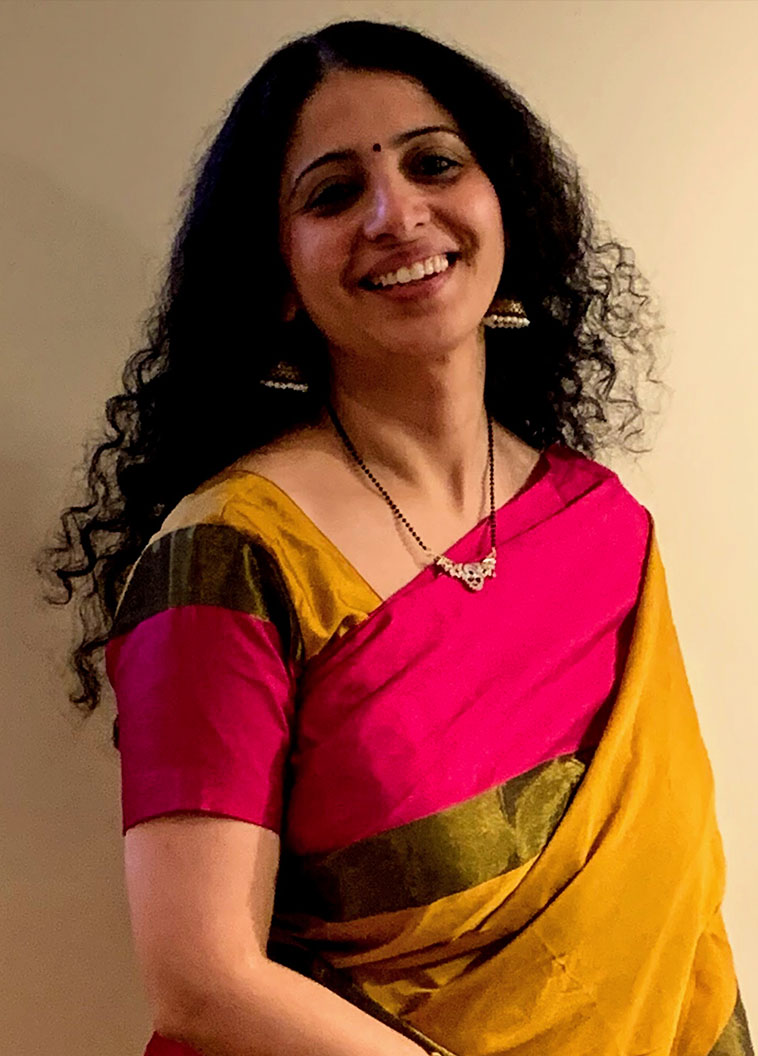 Rajender Kumar is a multi-skilled professional dance teacher and has been a respected member of the faculty at Bhaatkhande Sangit Vidyalaya since 1996. He completed his Prabhakar in Kathak dance from Prayag Sangeet Samiti Allahabad. Although his roots lie in classical dance, this creative and incredibly fit artiste is adept at semi-classical and modern dance as well and keeps himself abreast of the latest developments in the field of music and dance in India. His ability to develop new versions of existing dance routines and movements allows him to continuously innovate and present fresh perspectives.

Rajender has been a regular Kathak performer at the Sangeet Natak Akademi for five years. He has also been teaching Kathak at the Shaheed Bishan Singh Memorial School, Central School, Keshav Puram and St. Mark’s Senior School, Janakpuri. He has choreographed dance performances for schools in the Republic Day parade in New Delhi – among them the Mangalyan with 170 students of the Red Roses School, Saket; and the Nirmal Ganga with 150 students of the Army Public School, Delhi Cantt.

Rubena Dutta completed her Bachelor of Arts (Music) from Ranchi University in 1982, and her B. Mus (Sangeet Prabhakar) from Prayag Sangeet Samiti in the same year. She then obtained her M. Mus (Sangeet Praveen) from Prayag Sangeet Samiti, Allahabad in 1987. She pursued her B.Mus. from Tagore Society, Jamshedpur in 1987-88. After this she simultaneously completed her specialized courses – B.Mus. in Nazrul Sangeet, and her M.Mus in Rabindra Sangeet – from Bangiya Sangeet Parishad, Kolkata in 1989.

After teaching music at several CBSE affiliated schools and music institutes for several years, she joined the faculty at Bhaatkhande Sangeet Vidyalaya in 2007 and has been a valuable asset to the Vidyalaya. She has been teaching Hindustani Vocal Music, its history and fundamentals to vocalists and musicians of all skill levels. This experienced teacher places special emphasis in the basic concepts of music, insisting on mastery from the basics upwards from her students. Her ability to form strong working relationships is her forte in addition to her musical skill. She is a most enthusiastic guide when preparing her students for live performances both on and off-campus. 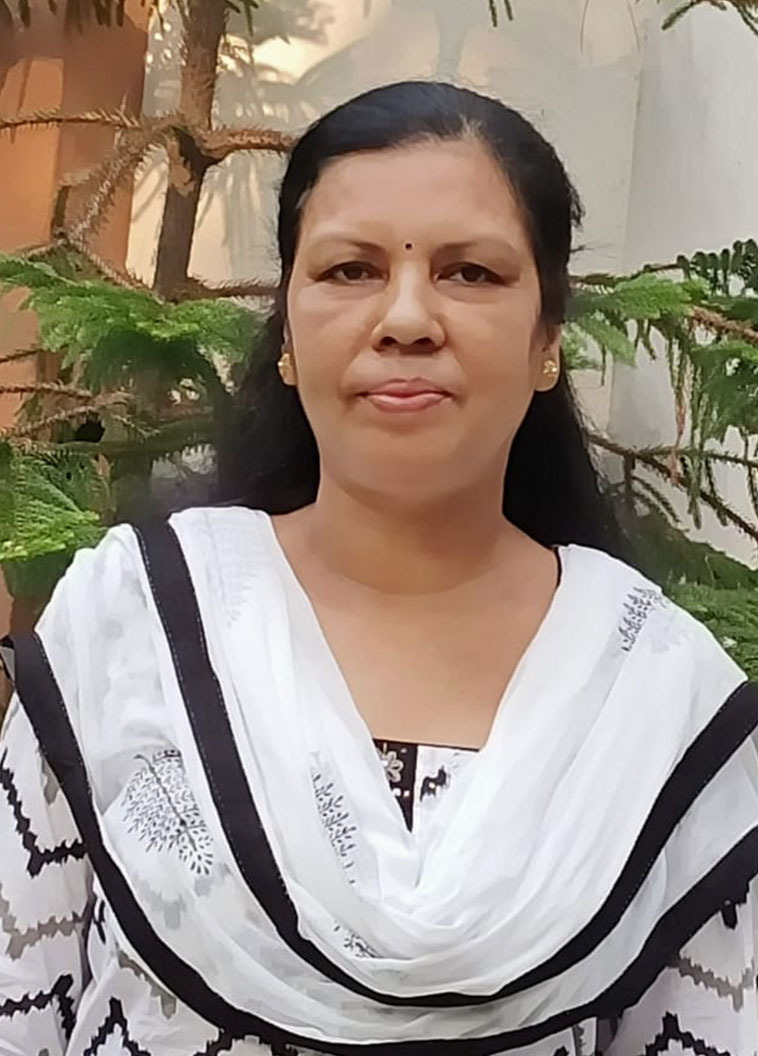 Shibeet Prasanna hails from the prestigious Banaras Gharana of music in India. He began his music education under his grandfather, Pandit Vishnu Prasanna, a well-known flautist and shehnai exponent. He was later groomed by his father, Pandit Parmod Prasanna and his uncle Pandit Rajendera Prasanna. He is currently taking his talim from his uncle Pandit Ajay Shankar Prasanna.

Shibeet gave his first performance at the Paryag Sangeet Sameeti in Allahabad when he was just ten years old. He won the All India Music Competition in 2013 and went on to be accredited as a High B Grade Artist with the All India Radio. He is a regular solo performer. Well-known for his melody, fluency, maturity and dexterity in his performances – in both the gayaki and tantkari style of playing; Shibeet has wooed audiences in Turkey, Singapore, Switzerland and across India. Shibeet also formed a folk-rock band called Chaar Hazaari, who are in demand at major events across the country. 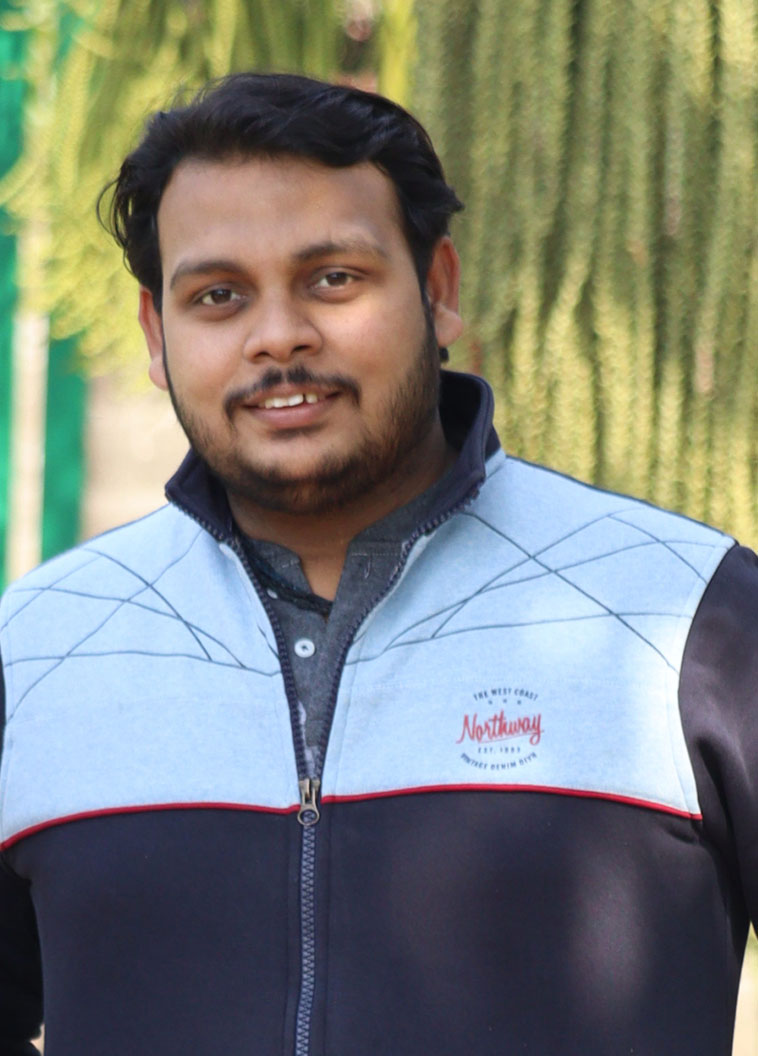 Tanusree was born and brought up in West Bengal and completed her graduation from Calcutta University. Like most Bengali girls, she started her foray in music with the staple diet of Rabindra Sangeet, Nazrul Geeti and Atul Prasadi songs from childhood. Growing up in a household where music was the second language, a formal education in music was almost destined for Tanusree. She went on to obtain her Sangeet Visharad in Classical Vocal Music from Prachin Kala Kendra.

Tanusree’s love for engaging with children, made her gravitate increasingly towards teaching – and she managed to combine this with her love of music, for her career choice. She has now been teaching music for over 32 years. She started out as a music teacher at the Nava Bichitra School in Kolkata. After moving to Delhi, she continued teaching – starting with Vidya Bal Vihar, and then joined Bhaatkhande Sangit Vidyalaya in 2007. Tanusree excels in inculcating the love for classical music in children as young as 3 – her specialty is interpreting the complex intricacies of classical music in such a simple manner, that she is the teacher of choice for the youngsters of the Vidyalaya! She is extremely committed to the Vidyalaya’s CSR Program. 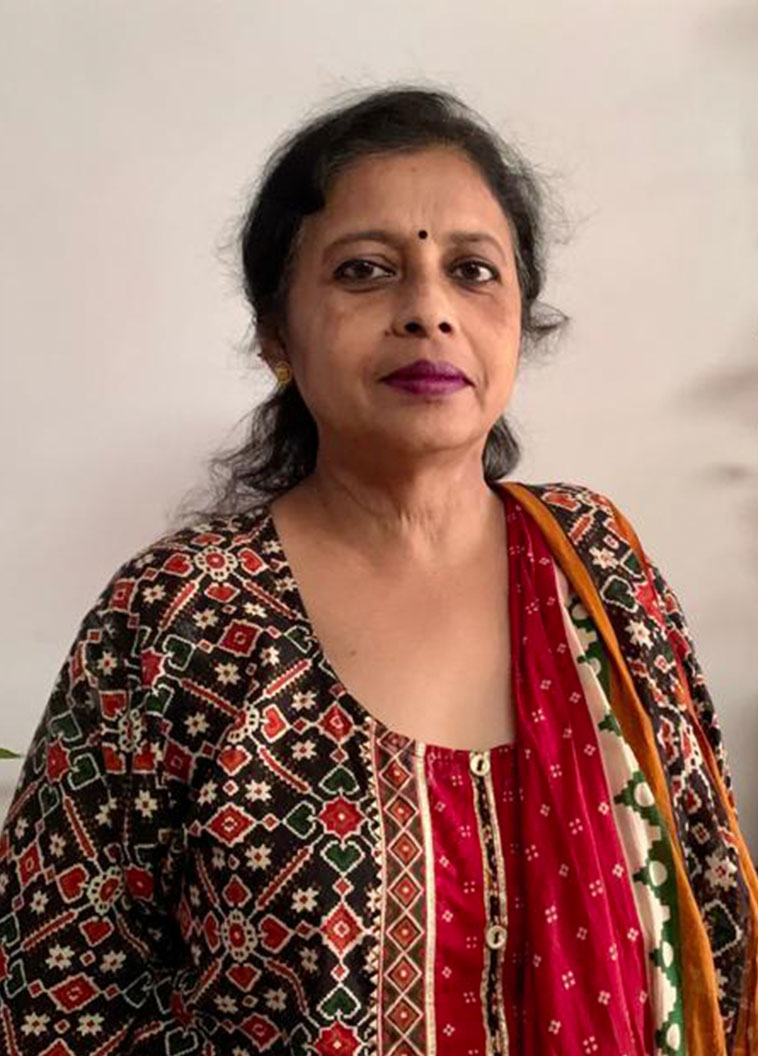 Hailing from a traditional family of New Delhi, Sarwar was deeply interested in music since his childhood. His love and passion for Hindustani Classical Music found a true guide, when Ustad Zahur Ahmad Khan Sahab took him under his wing in 1984 and he received his talim in Violin. His learning further continued under Ustad Saddiq Khan Sahab, who took him on an advanced journey of self-discovery. Today, Sarvar is proficient in Violin, Sitar, Tabla, Harmonium and Dholak. He is also empaneled with All India Radio, New Delhi as a ‘B’ High Grade Violin artist, and continues to perform on AIR regularly.

Sarvar also has numerous national and international performances to his credit. He has performed at concerts across the globe, having received applause from audiences in Canada, Indonesia, Dubai, Abu Dhabi, Baharain, Muscat, Bangkok and Hongkong to name a few. Sarwar is committed to promoting Indian Classical music and Indian culture all over the world.

I’ve been learning Vocal music at the Vidyalaya for the last 3 yrs. Excellent teaching and pedagogy. No other music school covers Ragas in depth like we are taught here.

I’ve had wonderful Experience learning at the Vidyalaya. Had the experience to learn about classical music in a very good family environment. The Teacher is quite encouraging and realistic . We had exposure to singing in front of audiences at the annual programme. 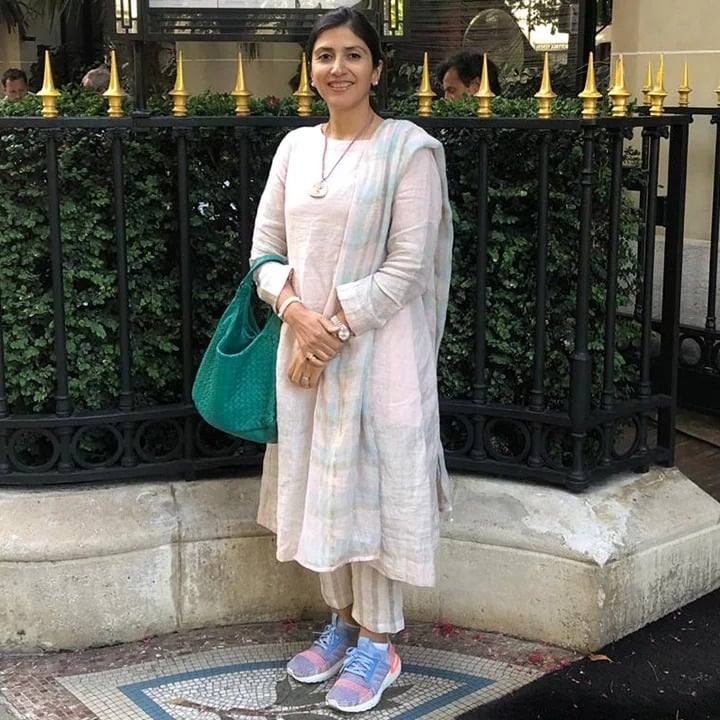 My daughter, Gauri, loves to come here. As a child, I see her inclined to music. She seems to be always singing one or the other thing. At the age of 5, her favourite pastime is to dance along with singing. Even when she is with her friends, in the mid intervals she could be seen singing and dancing. 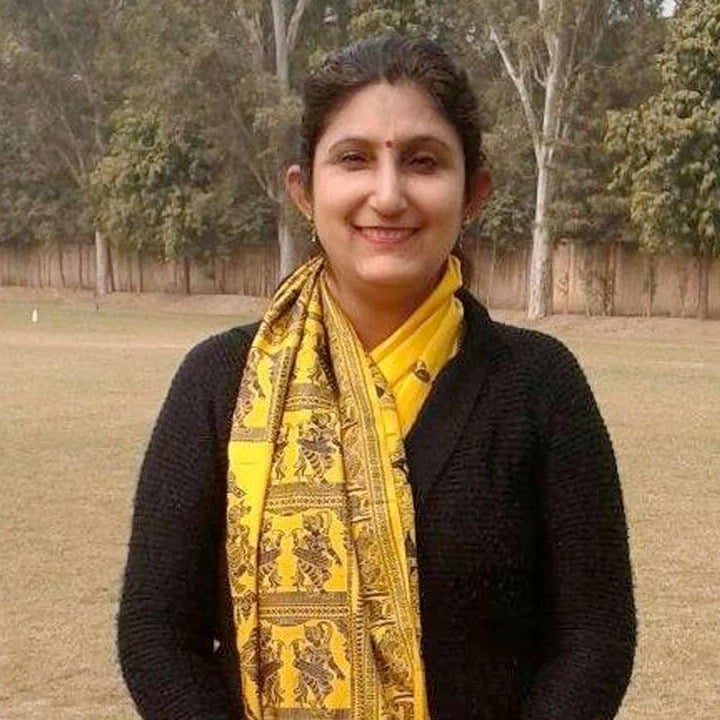 My both children have been learning at the Vidyalaya since last 4 yrs. It’s been a great journey. The Children have not only gain knowledge but also a lot of confidence. The teachers in the able guidance of guruji provide a happy and safe environment conclusive of good learning. 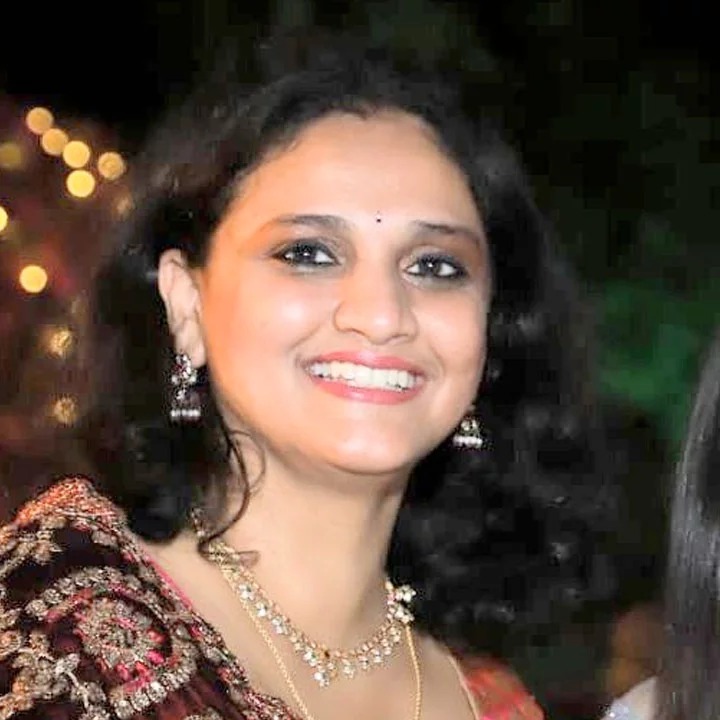 We have been associated with the Vidyalaya for the last 10 yrs. We have witnessed sincere Efforts made by the Vidyalaya to promote our cultural heritage of classical music and dance in young children. It’s a great feet that children from the age group as young as four join and teachers are able to keep them motivated and interested. This couldn’t be achieved without dedication. 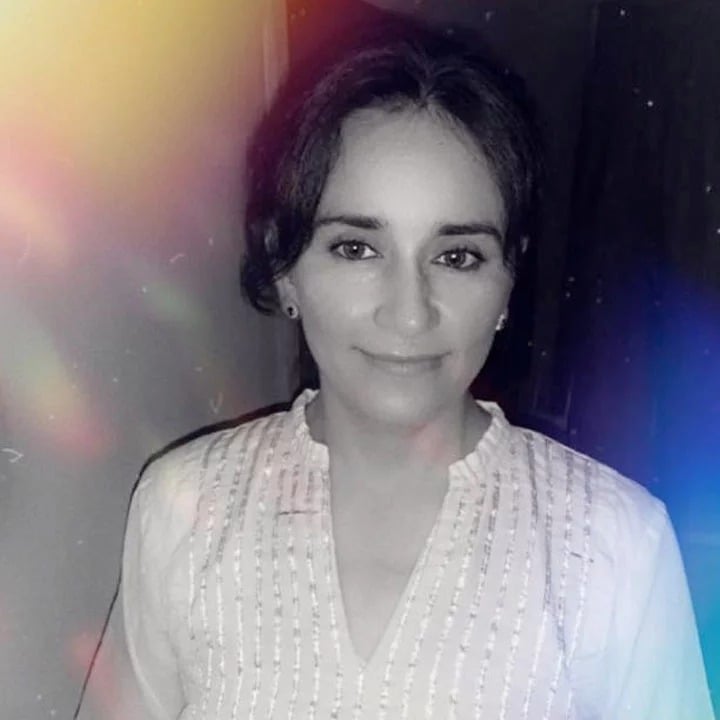 It’s been a great experience. We have seen Advait develop a keen interest in vocal singing and music too. Tanusreemaam is always been supportive. Advait is comfortable with his music lessons . It takes me an effort to get him out of the class. 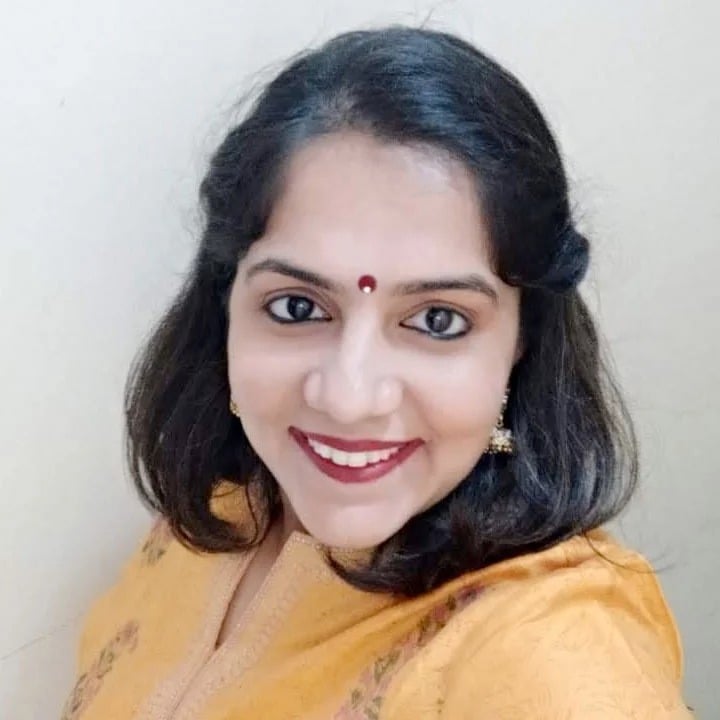 We have had very Positive experience with the Vidyalaya.We got to learn the finer nuances of music from Sir in a that is easy and enjoyable. 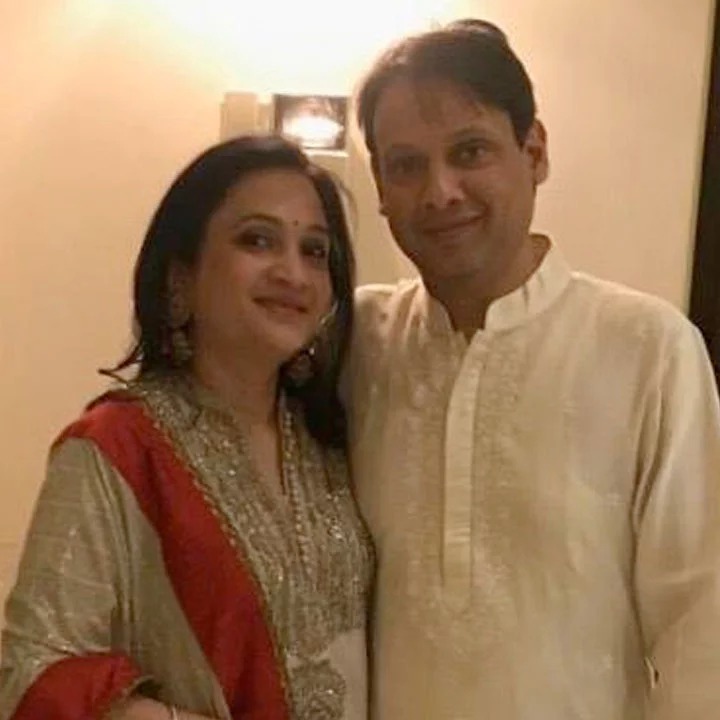